DeGAUSS container that calculates proximity and length of nearby major roadways

4 new columns will be added:

The U.S. Census Bureau defines primary (S1100) roadways as “generally divided, limited-access highways within the Federal interstate highway system or under state management” and “distinguished by the presence of interchanges and are accessible by ramps and may include some toll highways”. The map below shows all features defined as “S1100” in the MAF/TIGER database. 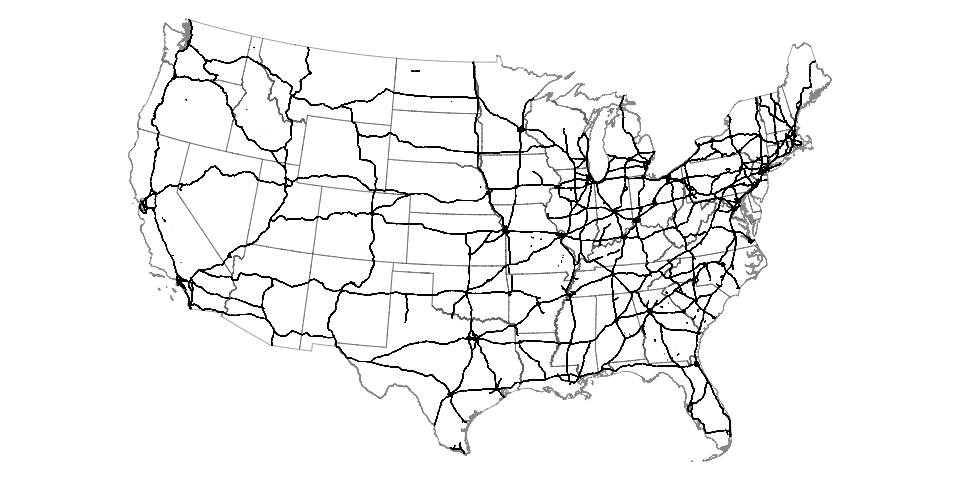 Secondary (S1200) roads are described as “main arteries, usually in the U.S. highway, state highway, or county highway system” and “have one or more lanes of traffic in each direction, may or may not be divided, and usually have at-grade intersections with many other roads and driveways”.

Download the roadway shapefiles needed to build this container:

For detailed documentation on DeGAUSS, including general usage and installation, please see the DeGAUSS README.